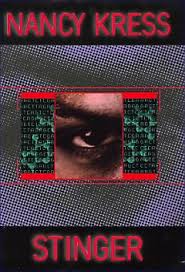 FBI Agent Robert Cavanaugh has been transferred from the organized crime unit to the slow-paced field office for southern Maryland, where the biggest federal crime is the condition of the roads.

But things take an unpleasant turn when a nurse at a local hospital notices a sudden increase in the incidence of fatal strokes among otherwise healthy black adults. The trail leads to a new strain of malaria that causes rapid blood clotting in people with sickle-cell trait, who begin to die.

It’s an unlikely natural mutation, yet there’s no hard evidence of human intervention. Did a fringe hate-group arrange for a bioengineered weapon to decimate the African-American population? As more people die, Cavanaugh must convince the FBI to look for the answers before it becomes an epidemic that threatens millions of lives … or even race war.