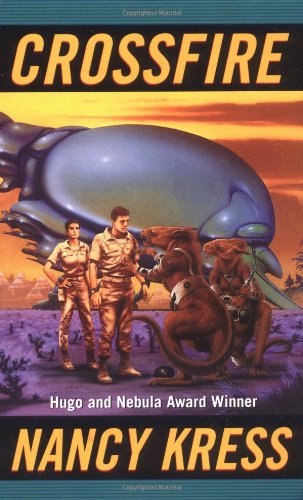 A human colony settles on a distant planet, a colony formed by Jake Holman– a man trying to escape a dark past. But as this diverse group of thousands comes to terms with their new lives on a new world, they make a startling discovery: primitive humanoid aliens. There are only a few isolated villages, and the evidence seems to indicate they aren’t native to the planet–despite the aliens living in thatched huts and possessing only primitive tools.

When a handful of human colonists finally learn the truth, they will face the toughest decision of their lives, a decision that could determine not just the fate of their new home, but the fate of all humanity.